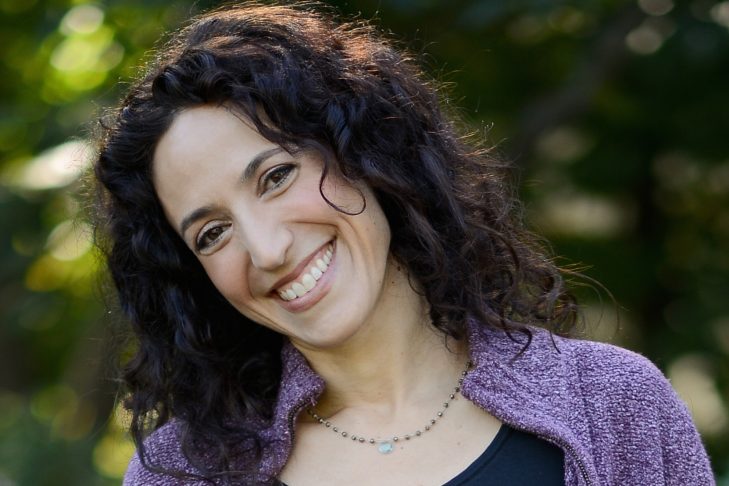 I love recognizing Toni Morrison’s influence on a writer as I am reading a book. Reading Rachel Kadish’s novel, The Weight of Ink, immediately sunk into Jewish reality, life, and experience without any explanation or apology, I sniffed a familiar point of view, a ghost of novels prior, detected the faint fingerprints of a giant. I liked it and when I recognized it for what it was, I thought to myself, Good for her.

Kadish had taken Toni Morrison’s advice to black writers that says you don’t have to explain yourself to white readers and applied it to not explaining herself to non-Jewish readers.

Because, Morrison often asserted, referring to white writers that readers of all color, race and religion are expected to read, they never explain themselves to us.

So it was that I was swept up into the trajectory of the almost 600 page novel that is The Weight of Ink over New Year’s weekend 2023. It was amazing to have material that could have been dense and unreadable become a novel I could not put down. It was fascinating to move between the three narratives, Ester Valasquez, Helen Watt and Aaron Levy and alternate time periods between modern London and London and Amsterdam of the 1600s. It was a feat unexpected to watch Kadish bring to life the history of the Jews, telling it in a way it had not before been told, through the point of view of a female scholar in the 1600s with a feminist voice.

There was so much to this book, I could go back and read it again and I probably will because I was so taken up by the plot line, I knew I was passing by things I otherwise may want to sit and ponder.

I did need to stop and google some things because of my own ignorance and that is as it should be.

I love the unapologetic Jewish reality of this novel and this writer. Here, the marginalized are the majority. Here, the Jews are not existing only to be a caricature or foil to another character. Here, Jewish reality is the reality and we all get to experience that for the length of these 600 pages and that is important. From the world Kadish allows herself to imagine, create and situate her story within,  arises a woman who fights for her own imagination at a time where that was disallowed to most women, including Jewish women. 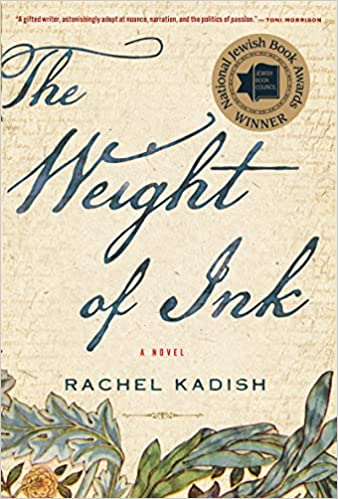 In the Western World the norm is Christianity and most often any other belief system is othered in the face of that. Not only othered but erased, disappeared and stigmatized at best, persecuted and annihilated at worst. Jews have long suffered under such oppression and the novel does not shy away from this truth.

And yet there are issues of discord within marginalized groups as well. We get to witness this up close within the Jewish communities of the novel through the many layers of time covered:  issues of forced conformity and required obedience. Issues of sexism and a recurring position of ultra orthodox Judaism as a response to persecution often alienating their own. Kadish exposes this theme with the presence of Dutch philosopher Baruch Spinoza of Portuguese-Jewish origin, excommunicated by the community of Jews in Amsterdam in 1656 for heresy.

In a 2019 article published in Forward Magazine titled, “I Was Hesitant To Write About The Holocaust — Until Toni Morrison Lit The Path,” Kadish reveals that it is Morrison who advised her to give herself permission to write the Jewish experience. No one can give you permission but yourself, Morrison encouraged, inspiring  Kadish to write her own story, the truth of her ancestors. And so she did and we are all better for it.

In that same article Kadish tells us:

“I’d grown up among Holocaust refugees, which meant that references to hiding in coffins, or sneaking across borders, or being in a Russian prison, or obtaining illegal Japanese visas, or jumping ship in Mexico might crop up in the middle of a mundane conversation. My relatives’ stories echoed so loudly with history that it felt nearly impossible to explain to an outsider why my agnostic mother insisted that my siblings and I receive a religious education, or why the simplest question about current events might prompt my Polish grandfather to set down his tea, sit back, and begin with, “To understand this, you first need to know that in 1364…”(https://forward.com/culture/429170/rachel-kadish-toni-morrison-taught-me-to-write-about-holocaust/).

She was also influenced by Virginia Woolf whose famous question, “What if Shakespeare had a sister?” reverberates throughout the text, and whose advice to women writers to kill the “Angel in the House” telling them to be “nice,” thereby freeing themselves to write in the absence of the male gaze, encouraged Morrison to apply that same creed to the subject of race in her writing.

Read Nasty Women Writers’ posts on Woolf and Morrison:
Women Writers on Writing: Virginia Woolf’s Angel in the House and What it Takes to be a #NastyWoman
Toni Morrison’s Sula: Available To and For Her Own Imagination—A Rare Kind of Freedom and a Black Woman Writer’s Manifesto

The symbol of the genizah

Being a non-Jew, the first word I had to look up while reading The Weight of Ink was  genizah—a hiding place or the act of hiding sacred texts until they can receive proper burial in the earth. In Jewish tradition this is a required honoring of the written word, especially if it is writing about God. It can also mean depository or treasure; something hidden away in time with hope for more welcome in the future that finds it.

Genizah was the perfect word for me to have etched into my mind with regard to The Weight of Ink as it set the stage and opened a space in my heart for a novel which concerns itself with the power of writing and words through time. The story is centered around human lives engaged in passionate intellectual pursuits, the love of books and learning, and imaginations set afire by the academic.

Many of the characters, Aaron, Helen, and Ester are scholars and Kadish describes their excitement and passion around these pursuits with eye stopping sentences. Below she describes the young American college student, Aaron Levy’s feelings when he first sets eyes on the texts or genizah hidden for 350 years in a secret closet under a stairwell:

“Today, when he’d peered under that staircase, it was as though what he’d starved for all these lifeless months of dissertation research had been restored to him. History reaching out and caressing his face once more, the way it had years ago as he sat reading at his parents’ kitchen table. The gentle, insistent touch of something like a conscience, stilling him. Waking him to a lucid new purpose”(43).

The book opens with the discovery of the above genizah —Jewish texts written in Portuguese and Hebrew —in a stairwell in a home from the 1600s in what it now Richmond district of London. Of course this is also where Virginia Woolf lived when she started Hogarth Press—yet more  homage to writing, publishing, and voices through time. 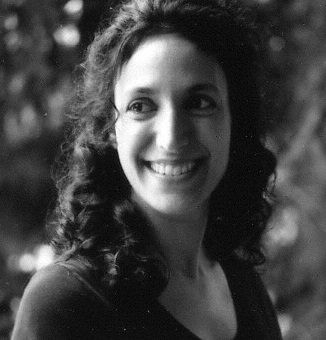 The plot line unfolds from there. The Weight of Ink reads as part mystery: Who wrote these papers? Is there hidden information? Which scholar gets to publish them first? Can they read them before they need to share them?

Then, the discovery of a secret scribe, who turns out to be a woman, but who was this woman? The narrative splitting  between the mystery woman’s life, interior voice and reality, and Helen Watt, a British History Professor and Aaron Levy, the dissertation student.

Ester Valasquez is the hidden and disguised voice writing the papers they are reading. It is revealed that she is allowed to learn to read and write by a generous Rabbi who befriends her family in Amsterdam after they have all fled persecution by the inquisition  in Portugal. The Rabbi has been blinded by the inquisitors.

The Rabbi moves to London to educate the newly liberated Jewish population there. He is disabled and needs Ester, an extremely intelligent and curious minded woman who has lost her parents, to be his scribe.

It interests me that Kadish has to mar and disable the Rabbi in order to afford Ester any chance at wholeness and satisfaction just as the Charlotte and Emily Brontë disabled their male characters Rochester (Jane Eyre 1847 )and Hareton (Wuthering Heights 1847)to acquire equality and wholeness for their female characters Jane Eyre and Catherine Linton. Another nod from Kadish to literary women before her.

In these secret readings Ester encounters the work of Spinoza, a Jew excommunicated from her very own community for thinking thoughts and writing things down that could get him killed at the time. It was not only being a Jew that could get you killed but being an atheist as well. Though Spinoza would not have called himself an atheist, he was considered one, and indeed some of Ester’s thoughts and writings could be taken the same way. But she ultimately comes to a conclusion far more heretical and eloquent than that.

As Ester ponders the essence of the universe:

“The imperative—she whispered to herself—to live. The universe was ruled by a force, and the force was life, and life, and life—a pulsing, commanding law of its own. The comet making its fiery passage across the sky didn’t signify divine displeasure, nor did it have anything to say of London’s sin; the comet’s light existed for the mere purpose of shining. It hurtled because the cosmos demanded it to hurtle. Just as the grass grew in order to grow. . . just as Ester herself had once, long ago, written because she had to write.

She’d been wrong to think the universe cold, and only the human heart driven by desire. The universe itself was built of naught but desire, and desire was its sole living god”(471).

The beauty of this conclusion that Ester comes to kept me tethered to the book in a deeper way. The conviction that life exists for life so we must therefore live. After all the wrangling of words and discourse, the epiphany of simply being alive, and feeling that was icing on the cake of this rambling, larger than life novel.

To have that as the take away is a gift Kadish bestows upon us as well as her characters. Let life—all life— live. Participate in that. It’s why we are all here. It’s as simple as that.

Rachel Kadish is also the author of From a Sealed Room and Tolstoy Lied: A Love Story. She teaches in the MFA program at Lesley College and lives outside of Boston.

Kadish, Rachel. “I Was Hesitant To Write About The Holocaust — Until Toni Morrison Lit The Path.” Forward Magazine: Jewish. Independent. Nonprofit. August 8, 2019. 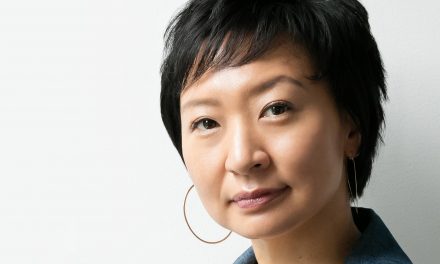 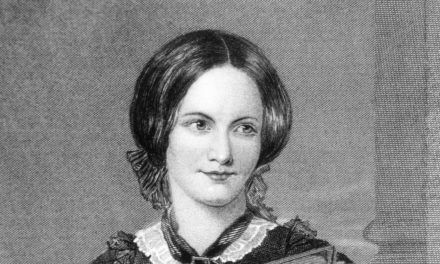 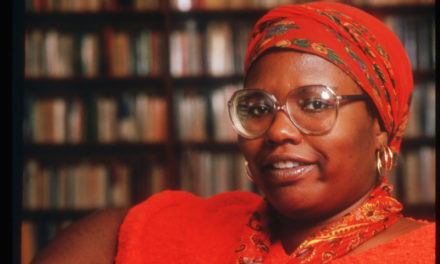 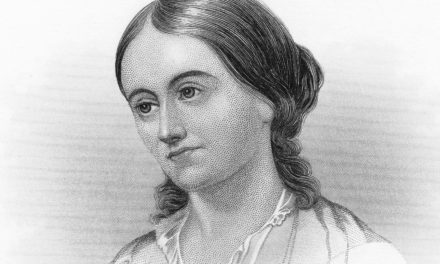