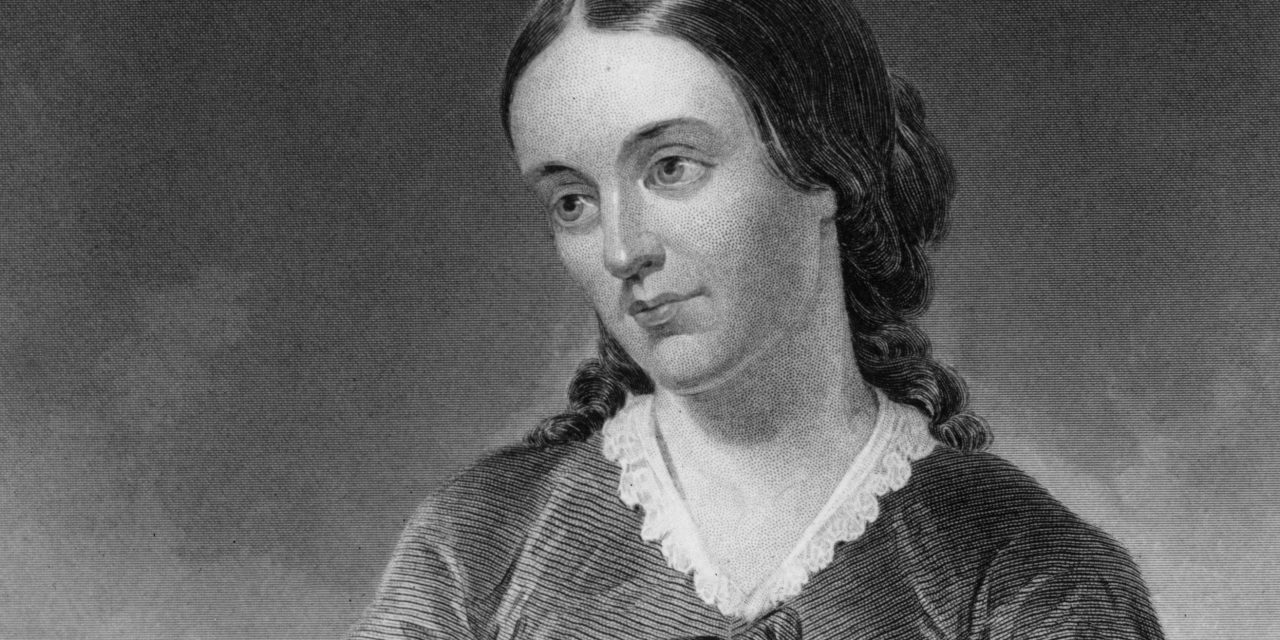 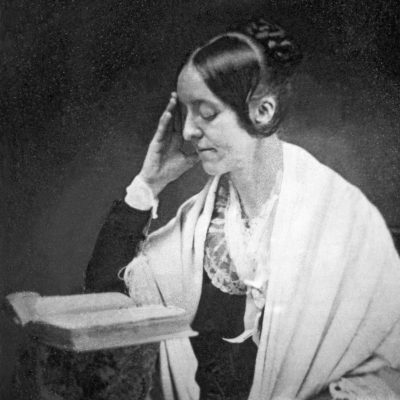 Margaret Fuller prior to her leaving for Europe. (daguerreotype, 1846)

Margaret Fuller’s Woman in the Nineteenth Century is considered the first major feminist work published in the United States. Fuller has a lengthy list of firsts to her credit. These include first female literary critic, first woman allowed to conduct research in a Harvard College library, first female journalist for the New York Tribune, first female foreign correspondent and war correspondent to serve under combat conditions. These are some of her accomplishments but they do not begin to describe the person she was, a woman once encountered, not forgotten.

So why was Fuller so concerned that she was would “die and leave no trace” (Marshall 83)?

Author Henry James called her the “Margaret-Ghost,” referring to the specter Margaret Fuller had become after her tragic death in a shipwreck on July 19, 1850.

The memoir published soon after by three of her closest friends, Ralph Waldo Emerson, James Freeman Clarke, and William Ellery Channing, partially erased her. This memoir portrayed a Fuller these men believed the world would prefer, not the real one. They rendered her less radical, more acceptable. They glossed over her passion and potency, deflated her to an inconsequential player. She had become the “Margaret-Ghost, a figment of who she had been.

In the article, Memory Lapse, writer Parul Sehgal talks about a phenomenon called ‘erasure’, which she explains is “the expunging of minorities’ pain and achievements from the record.” She says that erasure is an age-old practice that even the Romans employed. They labeled it “condemnation of memory” and “it was considered a fate worse than execution”(15).

“’Erasure’ refers to the practice of collective indifference that renders certain people and groups invisible…how inconvenient people are dismissed, their history, pain and achievements blotted out,” Sehgal explains.

It seems the method of erasure varies, from omission to discredit. What Margaret Fuller’s friends achieved with their memoir was damaging, but what came next was devious. 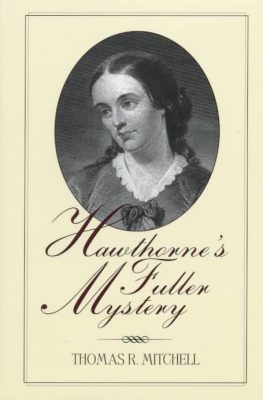 In 1884, writer Nathaniel Hawthorne’s son, Julian, chose to include a passage about Fuller from his deceased father’s private journal in his biographical work Nathaniel Hawthorne and His Wife. Some believe Julian did this in hopes of bolstering his father’s popularity at the expense of Fuller’s. Others believe this decision was a direct backlash to the fervent progress the women’s rights movement was making at the time, a movement inspired by Fuller (Mitchell 170).

It is hard to get a handle on Nathaniel Hawthorne and Margaret Fuller’s complex relationship. What seemed to begin as a mutual friendship and a supportive literary connection soured over time. Fuller’s life trajectory so ruffled Nathaniel and his wife’s feathers that he could not decide what to do with her, besides model the strong heroines in his novels after her. Nathaniel despised Fuller for the confusion and challenge her bold actions presented. He had his dutiful wife, Sophia, whom he conjured into his “dove”, one he could conveniently hold in the palm of his hand.

Ultimately, the animosity Nathaniel felt toward Fuller compelled him to pen this toxic entry in his journal after she died:

Thus there appears to have been a total collapse in poor Margaret, morally and intellectually; and tragic as her catastrophe was, Providence was, after all, kind in putting her, and her clownish husband and their child, on board that fated ship. There never was such a tragedy as her whole story; the sadder and sterner, because so much of the ridiculous was mixed up with it, and because she could bear anything better than to be ridiculous.

It was such an awful joke, that she should have resolved – in all sincerity, no doubt – to make herself greatest, wisest, best woman of the age; and to that end, she set to work on her strong, heavy, unpliable, and, in many respects, defective and evil nature, and adorned it with a mosaic of admirable qualities, such as she chose to possess; putting in here a splendid talent, and there a moral excellence, and polishing each separate piece, and the whole together, till it seemed to shine afar and dazzle all who saw it.

She took credit to herself for having been her own Redeemer, if not her own Creator; and, indeed, she was far more a work of art than any of Mr. Mozier’s statues. But she was not working on an inanimate substance, like marble or clay; there was something within her that she could not possibly come at, to re-create and refine it; and by and by this rude old potency bestirred itself, and undid all her labor in the twinkling of an eye.

On the whole, I do not know but I like her the better for it; – the better, because she proved herself a very woman, after all, and fell as the weakest of her sisters might. (qtd. in Mitchell 9)

Julian Hawthorne’s publication of this private journal entry caused enormous outrage and a flood of support for Fuller from those who knew her best. Despite these efforts, significant damage was done and Fuller’s reputation, accomplishments, and works were further maligned.

In the end, Fuller was branded with a scarlet letter more unfair and condemning than Nathaniel’s fictional Hester Prynne in his classic novel The Scarlet Letter.

Finally, Julian had this to add, “Margaret Fuller has at last taken her place with the numberless other dismal frauds who fill the limbo of human pretension and failure” (Mitchell 12).

But guess what? Nathaniel and Julian Hawthorne do not get the last word here.

“If there is an opposite to erasure, it is allowing for full personhood in all its idiosyncrasies,” (17). 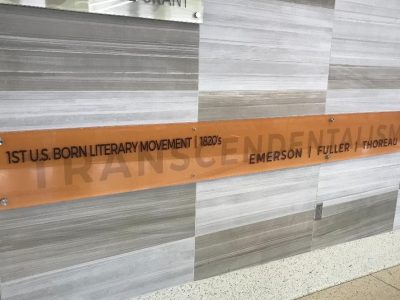 It has taken many dedicated scholarly writers and other creatives years to begin to restore Margaret Fuller to where she rightfully belongs, accurately portraying her life and works, underscoring her contributions and value.

I hope to assist in this effort with the release of my book, The Light Above: A Memoir, later this year.

As we continue to restore this remarkable, relevant woman to her full personhood, let us do the same for the many other #nastywomenwriters who have been systematically sidelined and dismissed. 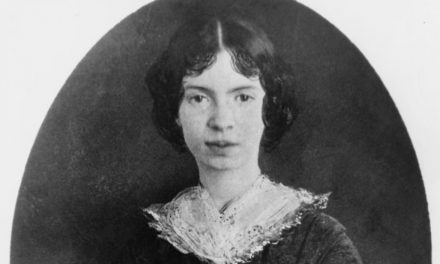 Adrienne Rich and Emily Dickinson: Women Writers and the Loaded Gun of Poetry 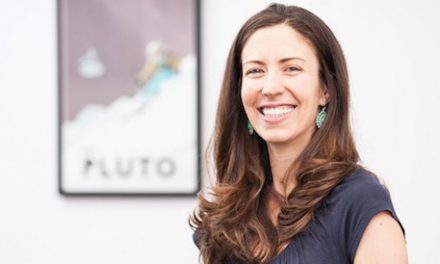 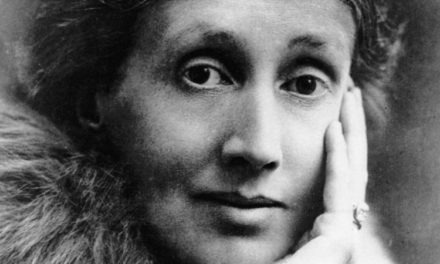