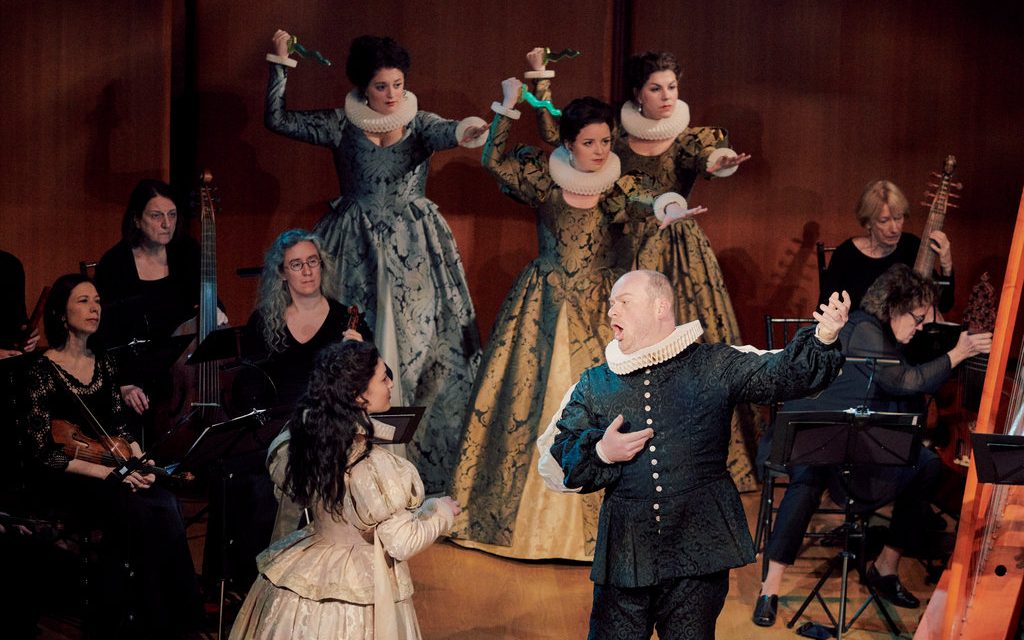 (The featured image above is from the 2018 performance of Caccini’s La Liberazioine at the Morgan Library & Museum’s Gilder Lehrman Hall in New York City. Photo credit goes to Vincent Tullo of the New York Times.)

I’ve always been an insomniac and of late I’ve become a regular listener of the app Calm’s Sleep Stories. One night I listened to an enchanting story called Songbird, written by Eurydice Da Silva and narrated by May Charters. Songbird is about Francesca Caccini, who is said to be the first woman to compose an opera, a musical genius and wonder. The next morning, I set out to learn more about her. 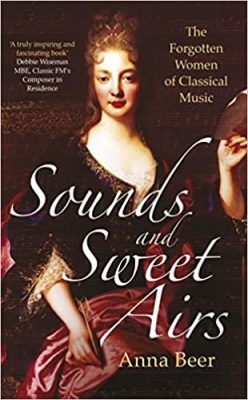 Sounds and Sweet Airs: The Forgotten Women of Classical Music by Anna Beer celebrates “the achievements of eight composers…-to show how they overcame the obstacles in their path, to glory in the songs and sonatas that they did write, rather than grieve for the operas and symphonies that they could not”(6).

The first chapter in Beer’s book is about Francesca Caccini and after reading it, I agree with Beer: “In this patriarchal world, Caccini had her victories”(25).

Francesca Caccini was born in Florence, Italy in 1587 to musical parents, father Giulio Caccini, the “second most highly paid composer and musician on the staff of the Medici household”(12) and musical mother Lucia di Filippo Gagnolandi, who, sadly, died when Caccini was only five.

Although there were certainly upsides to Caccini’s circumstances, Beer reminds us that being a player in the Medici court was dictatorial and tenuous and ultimately “the Medici family owned Caccini and her music”(24). Yet it is amazing to discover what Caccini was able to accomplish within this framework. 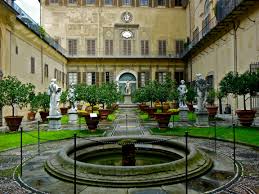 The House of Medici was an Italian banking family and political dynasty that first began to gather prominence under Cosimo de’ Medici in the Republic of Florence during the first half of the 15th century. This bank was the largest in Europe during the 15th century, and it facilitated the Medicis’ rise to political power in Florence, although they officially remained citizens rather than monarchs until the 16th century. The Medicis’ wealth and influence was initially derived from the textile trade guided by the wool guild of Florence, the Arte della Lana. Like other families ruling in Italian signorie, the Medici dominated their city’s government, were able to bring Florence under their family’s power, and created an environment in which art and humanism flourished. They and other families of Italy inspired the Italian Renaissance (Wikipedia).

Caccini, raised in an entirely musical family, possessed exceptional talent, intelligence and was remarkably personable. Her voice is said to have been ‘a finely focused thread of sound’, and Beer adds: “Not only that, but she had the intelligence to use that voice creatively”(14).

Caccini played “the lute, theorbo, harpsichord, guitar, harp ‘and every sort of stringed instrument’” and Beer goes on to say,

“Although only twenty, she was hired to evaluate the performances of others and, crucially, to compose new music and prepare for its performance in a wide variety of settings, in Florence and beyond”(20).

From the start, Caccini cultivated the best life she could, testing out “the effectiveness of her social, political and musical education,” and accepting invitations and gathering “insight into the workings of the elite families for whom she might one day work”(17). Although she never had complete control over her life, Caccini did what she could to create and take advantage of opportunities for her career and her family.

A unique situation that aided Caccini was that she “was in the right place, at the right time: a woman composer for what was becoming a woman’s court”(20), one headed by Christine de Lorraine.

During and after her husband Ferdinando, Grand-Duke of Tuscany’s lengthy illness and death and the eventual premature death of her son, Christine de Lorraine and her daughter-in-law Maria Magdalena found themselves in power, since the next male heir, their grandson and son, was then only ten years old. 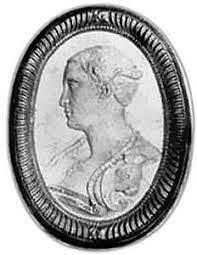 From there Caccini developed a fruitful working relationship and lasting friendship with the great-nephew of “the Michelangelo,” Michelangelo Buonarroti the Younger, a poet and librettist, defined as the writer of the text of operas and other long vocal pieces.

Michelangelo selected Caccini to compose the music for the Carnival season of 1607 and together they masterminded the musical ballet La stiava (the Slavegirl) where Christine de Lorraine insisted “one overarching theme of the plot was the transformation of a woman from an object of desire, competition and exchange to a sovereign subject, a transformation wrought by her own self-defining voice”(19). The Grand-Duchess got her way, of course, and a trend was born, at least temporarily: one where women emerged empowered.

Although most of Caccini’s compositions were lost, one that still exist is Caccini’s 1618 Il primo libro delle musiche (The First Book of Music), “the first and only volume of arias she published”(28).

“It is a book of music written by a woman for women, offering examples of every genre that a female solo singer needed to master, revealing the ‘myriad tricks of a musica’s trade and much more’. These tricks include playing confidently with gender, often in suggestive ways.”

Beer stresses that “Caccini was playing with fire with these kinds of gender games”(28-29).

Meanwhile, for there was always a lot going on in and around Caccini’s life, it had been arranged for her to marry Giovanni Battista Signorini, another musician. The two continued their busy lives, unusually childless for the first fifteen years of their marriage, which worked in their favor, especially for one as involved and productive as Caccini. Their daughter Margherita was born in 1622. In 1626, Signorini passed away and Caccini found herself a widow. 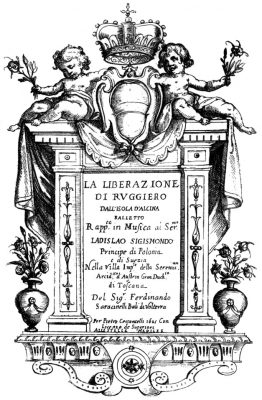 Aside from being ‘mama-bear’ protective to mitigate the chances of losing Margherita to an early arranged marriage, motherhood did not hinder Caccini’s musical trajectory.

Fast forward to Carnival season 1625 where at thirty-six years old and the height of her career, Caccini composed La Liberazione di Ruggiero dall’isola d’Alcina (The Liberation of Roger from the Island of Alcina), the work she is most remembered for when remembered.

La Liberazioine, considered both experimental and radical, is usually billed as opera, but Beer and others state:

“It was, however, experimental theatre in the service of powerful women who sought to maintain power despite outright hostility to their sex…La Liberazione takes their message [Christine de Lorraine, Maria Magdalena and Caccini’s] one step further. The final vocal scene of the work makes the crucial, and radical for its time, claim that men and women are fundamentally equal”(35-36).

Beer shares, “Put simply and powerfully by one musicologist: ‘If Francesca got away with something in history, she did so in tandem with Christine and Magdalena’”(36).

What a cunning trio they were while it lasted! But when “the young Arch-Duke Ferdinando was approaching his majority, and his mother and grandmother were focused on preparing their male heir for power…the shift left little room for Caccini’s particular kind of expertise”(43).

At age forty, Caccini was allowed to relocate west of Florence, to the republic of Lucca, and married Tomasso Rafaelli, birthing their son Tomasso a year later. Two years later, Caccini is widowed for a second time. Although both of Caccini’s marriages were arranged by the Medicis, by all accounts they were to men who respected her, as a person and musician. Both men did all they could to leave Caccini and their children in the best circumstances possible.

Surviving two consecutive plagues, Caccini and her two children were finally able to return to Florence where she was able to continue the work she loved as “a singer, teacher and composer”(46). Even more, she was permitted to ‘enter the monastero of La Crocetta, with her girl’(46), an arrangement secured by Christine de Lorraine who had “a suitable palazzo with an enclosed garden that could adjoin the convent” constructed for one of her princess daughters and others. This place became a sanctuary and creative space for many women, at least until Christine de Lorraine’s death in 1636.

The twists and turns and complexities of Caccini’s life are mindboggling. Her situation both enabled her to do all she did, yet held her captive as well. Caccini’s productivity and compositions, mostly lost due to their exclusive and collaborative nature, were clearly exceptional. Beer states that most agree: “What takes months and years now, took Caccini days or weeks”(21). 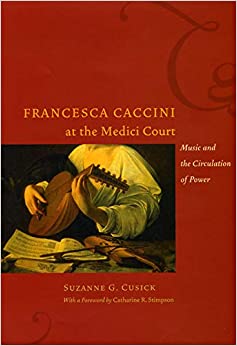 For those interested in learning more, check out Francesca Caccini at the Medici Court: Music and the Circulation of Power, by Suzanne G. Cusack, music historian, published in 2015 by the University of Chicago Press. 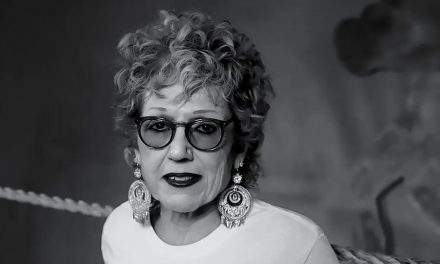 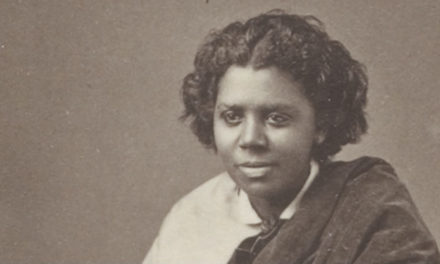 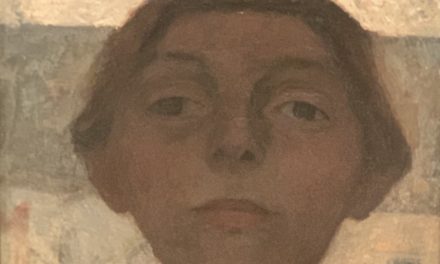 Ich bin Ich (I am Me) Paula Modersohn-Becker: The Self-Portraits