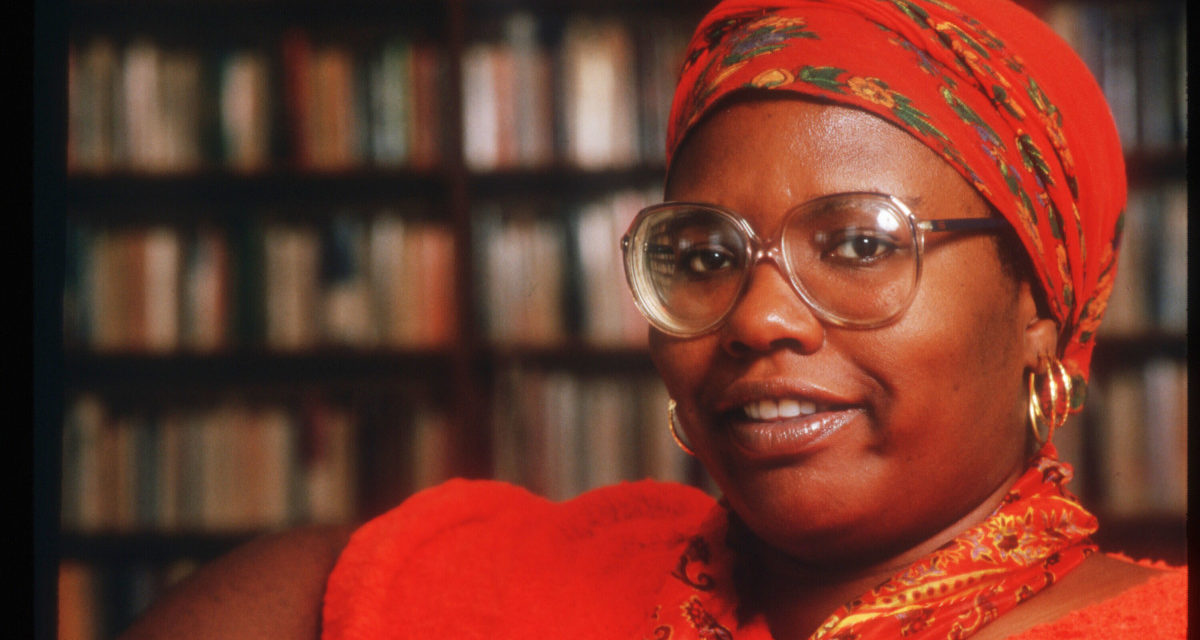 It seems Gloria Naylor had a serious knack for transformation. She illuminated the potential and strength in entities deemed by others unimportant, hopeless and out of reach. Take Brewster Place, the central setting in her first novel, a run down, isolated housing project, blocked from the rest of the thriving city by a solid brick wall. In this first novel, Women of Brewster Place, Gloria traces the lives of seven black women who end up calling Brewster Place home, women “whose support of one another enables them to survive despite crushing poverty and personal tragedy”(Perry 217). 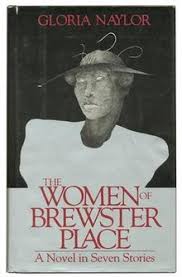 Gloria Naylor transforms the home, a typically mundane space assigned to women, “washing clothes, preparing meals, and diapering babies”(Montgomery 19), by revealing its bonding aspects, the elements that make home an indisputable foundation and sanctuary, wherever it is.

The Women of Brewster Place begins with the spotlight on a young, unwed, pregnant black woman, Mattie Michaels, who, through her unwavering perseverance, becomes a pillar of strength for the women around her. Haven’t we all known one of these women, whose power built within and distributed without becomes the center of something so sustaining and vital, it’s transformative?

Gloria Naylor is “not so much concerned with restrictions associated with life in the city as she is with the creative ways that the folk mount a challenge to authoritarian rule”(Montgomery 2). And challenges run rampant on Brewster Place. But the image of Mattie Michaels, the matriarch on the block, rocking Ciel in her arms after her child dies, is one I will never forget. The nurturing power of women to help heal one another, through mutual knowing and understanding, transcends time and truly stuns in this scene:

Ciel moaned. Mattie rocked. Propelled by the sound, Mattie rocked her out of that bed, out of that room, into a blue vastness underneath the sun and above time. She rocked her over the Aegean seas so clean they shone like crystal, so clear the fresh blood of sacrificed babies torn from their mother’s arms and given to Neptune could be seen like pink froth on the water. She rocked her on and on, past Dachau, where soul-gutted Jewish mothers swept their children’s entrails off laboratory floors. They flew past the spilled brains of Senegalese infants whose mothers had dashed them on the wooden sides of slave ships. And she rocked on. (qtd. in Montgomery 17)

I’d like to continue with this quote, but for the sake of keeping this piece manageable, I will not. Read the novel though, please. The Women of Brewster Place television miniseries (1989) that Oprah Winfrey produced and starred in is worth the watch too, although, as usual, not in lieu of the novel.

As inspiring as the ending of this story feels, where the women of Brewster Place are breaking down the wall, dismantling it brick by brick, it’s a bit of a downer knowing how desperately such collective action is still needed today. It seems the only way to transform systemic discrimination remains fiercely tackling it piece by piece.

Gloria Naylor was the daughter of sharecroppers who migrated from Robinsonville, Mississippi to Harlem, New York to provide more opportunity for their children. Gloria slowly developed from a shy, unsure girl and young woman to one with a clear purpose: to allow the stories that haunted her to be told. This purpose became clearer when, in college, Gloria was introduced to the likes of Alice Walker, Toni Morrison, Zora Neale Hurston, black women writers she didn’t know existed. Astounded, she realized that perhaps the stories she had to share, those stories scribbled in her journal, were indeed valuable. Her novel The Women of Brewster Place received the 1983 National Book Award for First Novel. A black feminist writer was born. 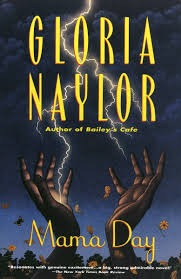 By the time Gloria Naylor wrote her the third novel, Mama Day (1988), she was a master, able to infuse the story with such richness, connection and love that the reader is enveloped in a state of amazement while reading. This spell involves the “spiritual vision, or more accurately, third sight, that empowers Mama Day” (51).

The manifestation of the matriarchal lineage in Mama Day creates a dizzying suspension in time, with dubious connections to the past, tied to current happenings, along with the struggle and hope for the future. Sometimes it is hard to decipher exactly what is going on and you are left to decide for yourself what you see, hear, understand and believe. As the narrator says, “Truth is never fixed”(38).

This novel is set on Willow Springs, a fictional rendition of one of the Sea Islands off the coast of South Carolina, “a uniquely maternal island paradise that defies geographic limits”(38).

Gloria Naylor explains that as a reader, “You choose which side you’re going to come down on. The story’s told from three perspectives. You have to choose which to accept.” She continues,

“We accept the magic of love. And then, from there, I take you to the last frontier. That’s where there are indeed women who can work with nature and create things which have not been documented by institutions of science, but which still do happen. So the book’s an exploration of magic”(Perry 232-33).

Mama Day’s third generation female character, Cocoa, must travel a “journey to wholeness” which requires a dangerous trek deep inside and a bold fight to survive and Mama Day, her great aunt, is the one empowered to guide her through this critical transformation. Ultimately Mama Day’s healing powers are transferred to Cocoa: “A face ready to go in search of answers, so at last there ain’t no need for words as they lock eyes over the distance.”

In her work, The Fiction of Gloria Naylor: Houses and Spaces of Resistance, Maxine Lavon Montgomery says,

“Mama Day thus disrupts colonial beliefs rooted in notions of white patriarchal dominance and works to create another narrative space – a liminal home- where a new subject and text can materialize”(52).

I chose to explore Gloria Naylor because of her essay, The Meanings of a Word(1986). I had used this essay as a model in the first-year writing course I’d taught for years. What we (by naming our website nastywomenwriters) and others are doing with the derogatory and misogynistic use of the word nasty reminded me of what Gloria talks about in her essay.

“Words themselves are innocuous; it is the consensus that gives them true power.”

When people agree on a word’s meaning and use it accordingly, it wields power. People can alter the meaning of a word by taking possession of it, as Gloria’s community did in the 1950s with the word nigger, transforming its meaning in various contexts, steering this word away from one of utter dehumanization. In the essay, Gloria describes how her extended family seized this word, formerly by consensus one of the most hateful, hurtful words in the English language, and appropriated it as one they used among their own community, agreeing upon alternative meanings, meanings they determined for themselves, not ones heaped upon them or leveled against them. And nasty, a word Donald Trump hurled at Hillary Clinton, now by way of new consensus, to many depicts a desirable, courageous trait. 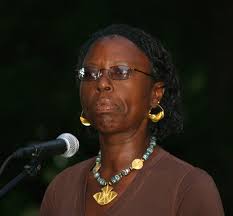 As I continued looking into Gloria Naylor, I questioned where she had gone. She seemed to disappear, without much available about her grand plans of producing her own film and theater adaptations of Mama Day and Bailey’s Cafe. I then discovered 1996 (2005), a fictional memoir Gloria bravely penned to inform others of her horrendous experience of being surveilled by the NSA (National Security Association).

1996 (a play on Orwell’s 1984) is her true account of this unimaginable nightmare, coupled with a fictional account of why and how the NSA carried this out. Gloria ended up writing 1996 in longhand in the public library, the only place where she was free of invasion. I have no reason in the world, especially these days, to doubt Gloria’s account of what happened to her. I find it even less difficult to imagine why a powerful, black feminist would be surveilled and made to look as though she was crazy.

Earlier on Gloria had said, “Bottomline: I need a warm, quiet place to work”(Perry 241), but this was not to be. Every last bit of her privacy was invaded and with technology we know exists, they even tried to play with her mind. As we would predict, she fought this hell and prevailed. But perhaps it took a toll. Gloria Naylor died of a heart attack in 2016, at the age of 66.

As infuriating as this situation is, it will not overshadow who she was, what she stood for, her accomplishments and what her works offer us well into the 21st century, which was her hope. I’m proof that her ability to transform continues, along with Bailey’s Cafe, a vibrant community arts center in Brooklyn, New York and anyone else who believes that, in the words of Gloria, “Not only is your story worth telling, but it can be told in words so painstakingly eloquent that it becomes a song.”

Gloria Naylor is a nastywomanwriter, not to be missed or dismissed.

Montgomery, Maxine Lavon. The Fiction of Gloria Naylor: Houses and Spaces of Resistance. Knoxville: The University of Tennessee Press, 2010. 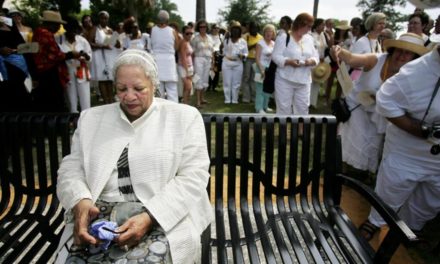 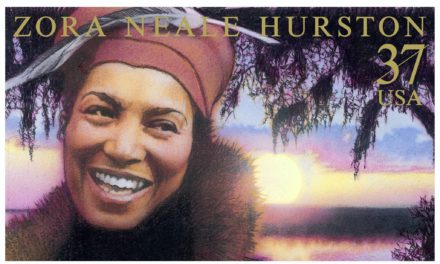 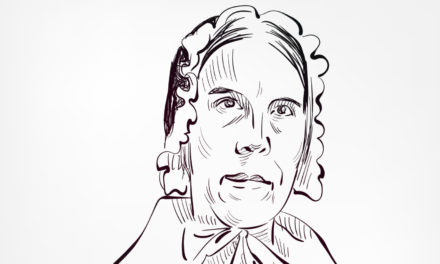 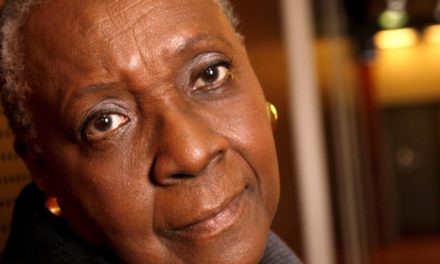