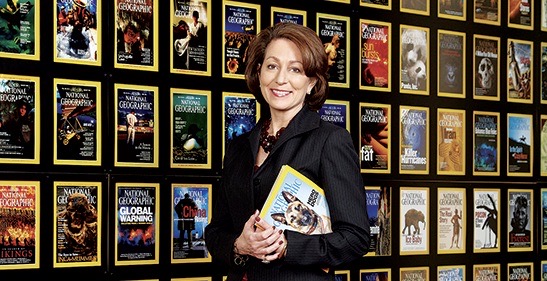 Susan Goldberg is the first female editor-in-chief of National Geographic in its 130-year history. The November 2019 issue is a good illustration of what can happen when women are represented at top positions and use that representation to shine the light on other women. The issue is titled “Women: A Century of Change” and is about women worldwide, their lives and achievements, fears and dreams and includes only articles written by women and photographs taken by women. 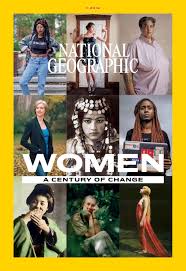 The November 2019 issue on women is part of a yearlong project marking the centenary of U.S. women winning the vote and celebrating “women’s impact in the world.”(https://www.nationalgeographic.com/culture/2019/10/how-women-have-changed-the-world-covered-in-special-issue/) 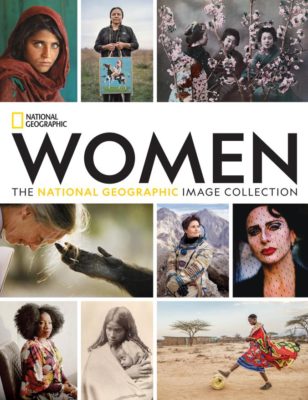 This being a yearlong project there will be more to come, on all platforms.

Susan Goldberg, also the first Jewish editor-in-chief of the magazine, is addressing the magazine’s racist past too. In the April 2017 issue on race, Goldberg wrote a letter acknowledging this and pledging to do better. “For decades, our coverage was racist. To rise above our past, we must acknowledge it,” she wrote in that issue. It is a big task and Goldberg admits that they are not there yet but working toward it every day.

Goldberg also makes no apology for speaking about climate change and asserting the National Geographic Society’s commitment to the planet and sustainability. She is confident in stating that their journalism is science based and fact based and not political.

Goldberg oversees content and editorial decisions on all platforms and is committed to cross-platform journalism.

“We have so many more tools now, both for how we tell stories and for how we can deliver those stories to our readers. In short, we can create content that will appeal to readers from cradle to cane, and give them information in moments, not just months. I’m excited that 60 million readers around the world come to our magazine each month, and, at the same time, that we’re able to reach vast numbers of new consumers of our content on other platforms” (https://www.jpmorganchase.com/corporate/Corporate-Responsibility/pr-goldberg-national-geographic-editor.htm).

“National Geographic still has superb print content. The traditional product, the yellow-framed magazine, has 38 editions in 33 languages in 76 countries, reaching 50 million readers. There is also Nat Geo Traveler magazine reaching 14 million readers, and Nat Geo Kids magazine reaching 4 million readers. The Nat Geo TV network has been part of Fox but is scheduled to become part of Disney shortly. But the shocking statistic is the rise of Nat Geo in social; the brand now has 100 million followers on Instagram, 200 million on Facebook, 43 million on Twitter”(https://www.edelman.com/insights/national-geographic-digital-star). 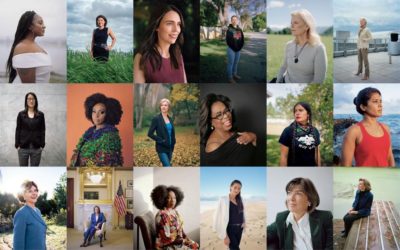 For me, the November issue of the print magazine, one of the few I still receive every month,  was astounding. In the letter from the editor, Goldberg writes:

“This issue documents how women around the world are rising up to demand civil, personal, and professional rights. It’s happening through the #MeToo and equal-pay moments, rippling through workplaces from Hollywood to soccer fields. It’s happening among women governing in Rwanda, insisting on safety in India, and being finally acknowledged as groundbreaking pioneers in their fields.”

The issue is so packed with valuable statistics, information, inspiring stories from women the world over, it is worth your while. Below are a few snippets pulled from it.

“Western feminism can’t work here….In Africa women have been leaders before, and they have not been leaders by intimidating men but by engaging them and persuading them…We need to look at our own traditions and do it our own way.” ~Joyce Banda, former president of Malawi

From, “Where are the Women in Science,” by Angela Saini:

“It has been routine throughout the sciences for men to take credit for research done by women working alongside them, not just colleagues but sometimes also wives and sisters. This is how, as recently as 1974 pioneering astrophysicist Jocelyn Bell Burnell lost out on a Nobel Prize for her work on the discovery of pulsars, which was given instead to her supervisor, Antony Hewish. In a gesture of extraordinary generosity last year, when awarded a Special Breakthrough Prize in Fundamental Physics, Bell Burnell donated the entire three million dollars to studentships for women and other groups underrepresented in physics” (115).

From, “Why the Future Should Be Female,” by Michele Norris:  “Power has its own language. Captains are powerful. Titans are powerful. Ringleaders and pacesetters are powerful. Now, ask yourself, when you were reading those words, did an image of a woman pop into your head? If the answer is yes, take a bow, and let’s hope your outlook is contagious. But if not, thanks for your honesty and let’s get to work“ (22).

“Today, as we celebrate the 100th anniversary of the image collection, we’re telling real stories about real women in images taken by more women photographers than ever before. We encourage “the female gaze”: the idea that women photographers might see the world differently than men do and choose different topics to emphasize and explore. Thanks to women photographers’ vision and images, we have the chance to bring you the whole world, not just part of it”(36).

On Chief Teresa Kachindamoto of Malawi who has terminated a total of 2,549 marriages of child brides and banned initiation ritual for girls which involves them losing their virginity to strangers, in the article, “Speaking out Taking Control Changing Destinies Shaping the Future,” by Rania Abouzeid:

“At first, Kachindamoto says, people did not want to hear her, so she formed a touring musical band to get people to gather and then ambushed them with her message against child marriage and initiation rituals. She has since created bylaws against the practices in her jurisdiction and publicly fired male chiefs who continued the rituals, making examples of them in the community. At the same time, she has appointed some 200 women to positions of authority. When she became chief, she says, “there were no [village] head women, only headmen, so I changed the culture” (66).

Some of the questions that are put to women in the issue:

Q: What is the most important challenge that women face today?

Q: What is the greatest hurdle you’ve overcome? To which Oprah Winfrey answers: The disease to please. It happens when we are not raised to know our own value and our own worth.

Q: What was your breakthrough moment? 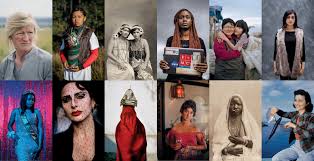 The issue of shifting representation is critically important. In Goldberg’s case she is shining her light on other women and women’s realities with this position of power. But let’s not stop there. That is only the beginning. Goldberg is committed to transforming the National Geographic across platforms and with that hopefully transforming culture.

She concluded the letter From the Editor in the November 2019 issue with:

“In more than 130 years of covering the cultures of the world, we’ve witnessed how inequality can become invisibility, until the oppressed hardly can be seen or heard at all. At this anniversary, we aim to bring more women’s lives into the light—and more women’s voices into the conversation.” 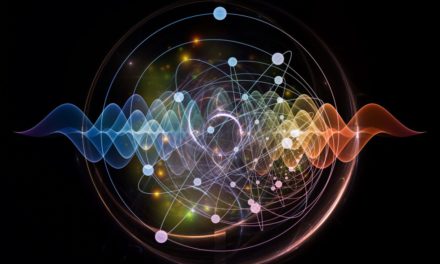 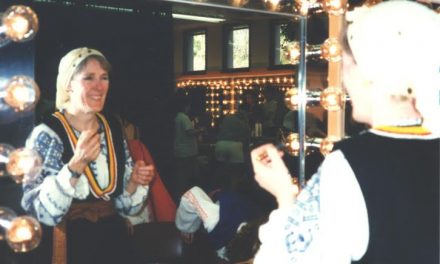 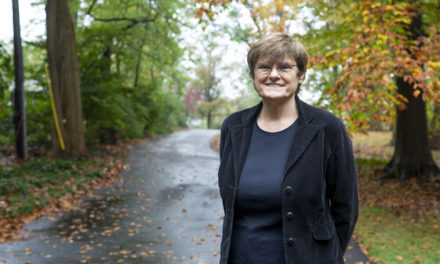