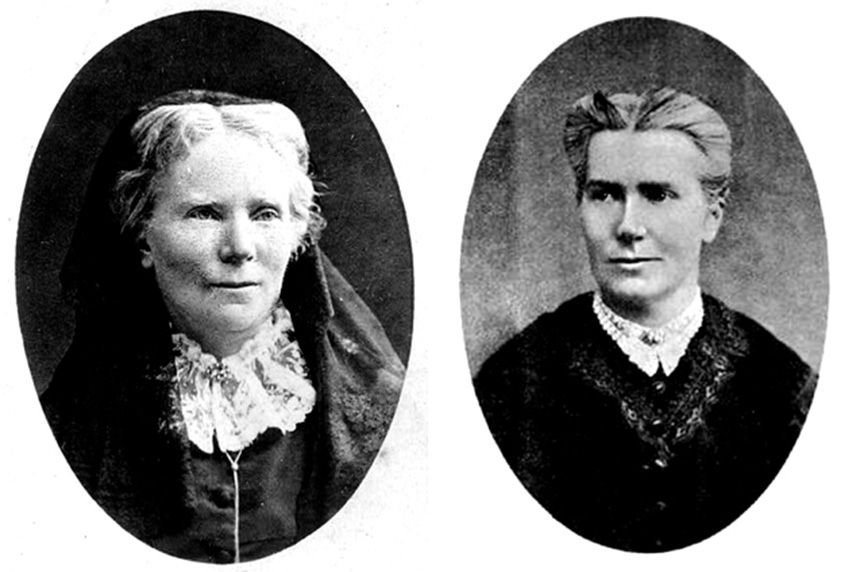 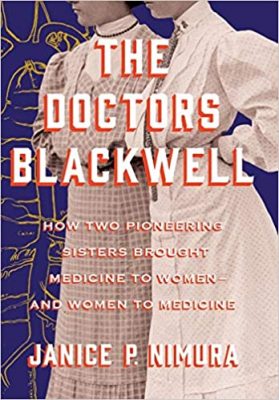 On January 23, 1849, Elizabeth Blackwell was awarded a medical degree. She was the first woman in the United States allowed to earn one and she was determined to be a trailblazer.

Many labeled Elizabeth an exception:

“From all we have been able to learn respecting Miss B.,” it [a letter] concluded, “she is emphatically an exception”(Nimura 81).

Elizabeth did all she could to make sure she was not an exception and by the end of her and her sister Emily’s lives:

“The ranks of accomplished women doctors were growing, and the Blackwells could take much of the credit for showing them the way”(241).

“If exceptional women seemed scarce, it was Elizabeth’s responsibility to find and cultivate more of them…She had never believed that the progress of women was the responsibility of men”(180).

Neither did Elizabeth’s inspiration, Margaret Fuller, another woman with many firsts to her credit.

A young unfulfilled Elizabeth read Fuller’s works and words with intense interest; they stirred something in her: “I think women need, especially at this juncture, a much greater range of occupation than they have, to rouse their latent powers,” proclaimed Fuller, and a restless Elizabeth agreed with every fiber of her being. When a terminally ill friend she was tending to suggested she become a doctor, a seed was planted. 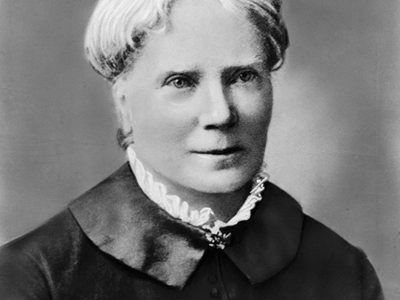 “I believe that, at present, women are the best helpers of one another,” Fuller declared, her words reinforcing the suggestion of Elizabeth’s dying friend. Could it be that “doctor” was the office Elizabeth was meant to fill?”(Nimura 28).

Later in the book, Nimura says:

“The practice of medicine was Elizabeth’s answer to Margaret Fuller’s call to arms; it made her a model to others, living proof of women’s true potential, and she refused to give it up”(217).

Elizabeth’s refusal to give up in the face of seemingly unsurmountable societal barriers is literally one for the books!

One of nine Blackwell children, eleven-year-old Elizabeth, and her family sailed from England to the United States in 1832. But England would always play a significant role in Elizabeth’s professional and personal life, as would France.

The Blackwell brood was an unusually tight-knit one, especially where Elizabeth and her younger sister Emily (who earned her medical degree in 1854) were concerned. Close as these sisters were, they had distinct personalities and ways of navigating their times and aspirations.

Their niece Alice Stone Blackwell, daughter of Lucy Stone, abolitionist and suffragist, and Henry Blackwell, brother of the Doctors Blackwell, summed it up well at the sisters’ joint memorial service (they died within months of one another):

“Elizabeth, she remembered, had always seemed taller than her actual height.

The intimidating and distant Elizabeth and the more compassionate and hands-on Emily, are a dynamic duo for sure. 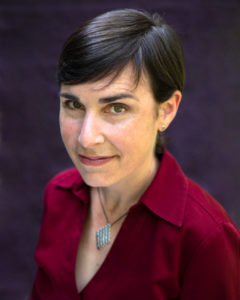 The Doctors Blackwell is Janice P. Nimura’s second book. The first is Daughters of the Samurai (2015), also a work of nonfiction.

In a Q & A with the author, writer Misty Urban asks: “What about the story do you think might surprise readers?”

“There are some wonderful biographies of Elizabeth Blackwell, but they tend to polish off the rough edges. Elizabeth and Emily were extraordinary and pioneering, but they were also very hard on women and out of step with the 19th-century women’s movement, with suffrage. These two are not perky, pretty figureheads – they’re much realer than that”(77).

Nimura gives us the real Elizabeth and Emily Blackwell and this makes for a surprising read. Incredible as their accomplishments were, I didn’t always agree with their approach or even like them, especially Elizabeth. Yet, the authenticity of the story, not to mention Nimura’s fine craft, pulled me in.

While Elizabeth and Emily were steadily breaking the glass ceiling, they did not consider themselves typical feminists and did not involve themselves with the first-wave women’s movement happening at the time.

“In aligning herself [Elizabeth] with men, she implicated herself in their misogyny. Then again, she had never set out to like women – only lead the way toward a world in which they were recognized”(197).

But I absolutely cheered when two of their brothers, Henry and Sam, married high-profile, diehard feminists, Lucy Stone and Antoinette Brown!  If Elizabeth and Emily did not consider themselves feminists, their brothers certainly were!

Elizabeth was high profile too. Although she never felt fully accepted into the upper circles of society, she developed long-lasting connections with many others working to expand opportunities for women in the medical profession. One such woman was Florence Nightingale.

“The arrival in London of a woman within a year of her own age and a fully qualified M. D. only fueled Nightingale’s dreams of escape. Elizabeth was like no one she had ever met: a woman with ideals as lofty as her own, who had likewise turned her back on marriage and was actively in pursuit of her goals far from her family…Florence Nightingale, patron saint of nursing, and Elizabeth Blackwell, first woman doctor, would never agree about the role of women in health, but this first encounter was a passionate moment of recognition between two people whose choices most found baffling, if not horrifying”(129-130). 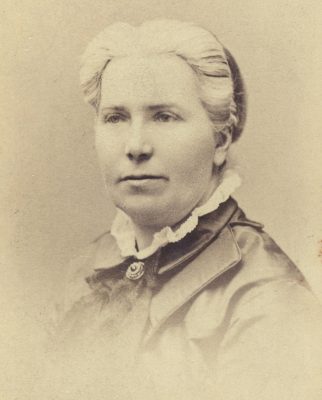 One who did agree with Elizabeth’s overall vision and mission was the younger Doctor Blackwell, Emily, who was heavily recruited by her older sister:

“I’ve taken it into my head that you will lecture on anatomy someday in our college,” she told Emily. And Emily, who shared Elizabeth’s voracious intellect but not her polestar certainty, began to orient herself toward the future Elizabeth described”(73).

Emily followed the path her sister envisioned for her, but once there carved her own place. Emily dedicated herself, more than Elizabeth, to the actual lifelong practice and teaching of medicine.

Whereas, “Elizabeth skipped from one cause to the next, always happiest when leading the way toward a better world”(252), “Emily had always chosen sincerity over glamour. Her professional reputation would be built on stronger science”(171).

Emily shared her goals in the safest place, her journal:

“Physicians have hitherto been men, who felt no special interest in the matter, the female side,” she continued. “I have already planned a series of experiments with regard to it, some day I will carry them out.” Where Elizabeth imagined a distant future of female achievement, Emily focused on the flawed present and what she could do to help women through the perils of pregnancy and childbirth. She confined these thoughts to her journal, however, and kept them out of her letters to Elizabeth”(156).

In 2017, when Nimura submitted her book proposal for The Doctors Blackwell, it “was the summer of the ‘nasty woman’,” explains Louisa Ermelino in her column Open Book, and like many others, “…Nimura, too, thought it was a good time for a story about complicated women”(29).

Because complicated women are often nasty women, and nasty women get things done. 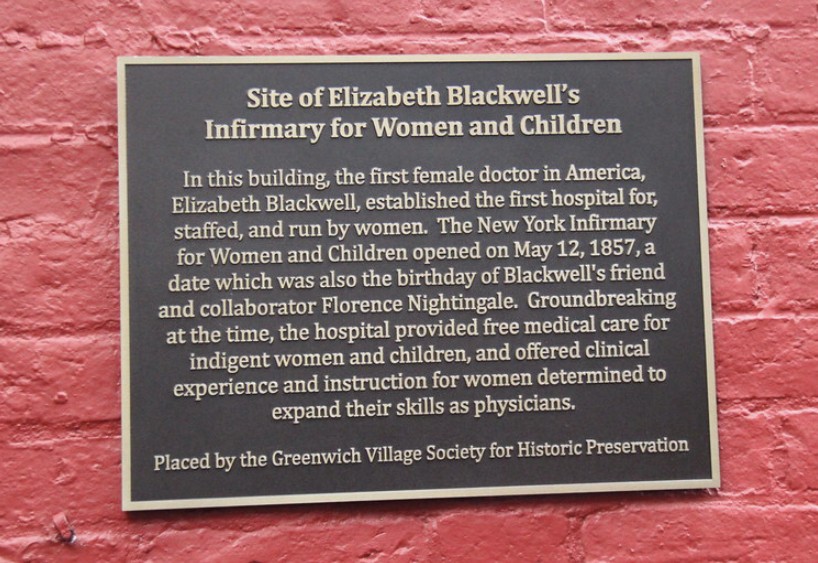 The Doctors Blackwell got things done, and this doesn’t even include what Elizabeth accomplished abroad!

There is SO much to this story. It is not one to be missed.

By not polishing ‘off the rough edges,’ Nimura exposes the complexities of the human experience. As readers, we are reminded that often the human beings who do amazing things and accomplish some of the greatest feats, are not perfect. Actually, imperfection may be a bit of their secret sauce!

Doctors Elizabeth and Emily Blackwell are #nastywomen of STEM. 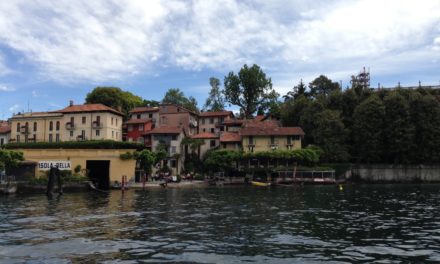 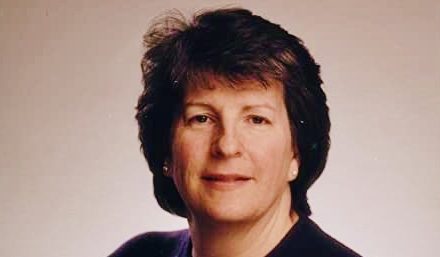 The Wisdom of the Beguines: The Forgotten Story of a Medieval Women’s Movement by Laura Swan 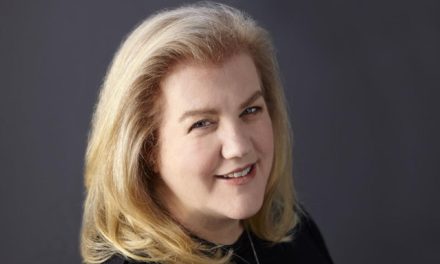 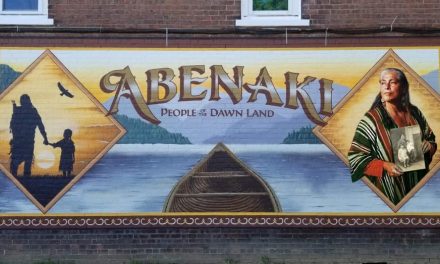