Cristina Trivulzio di Belgiojoso: “A personality with a thousand faces” now in bronze 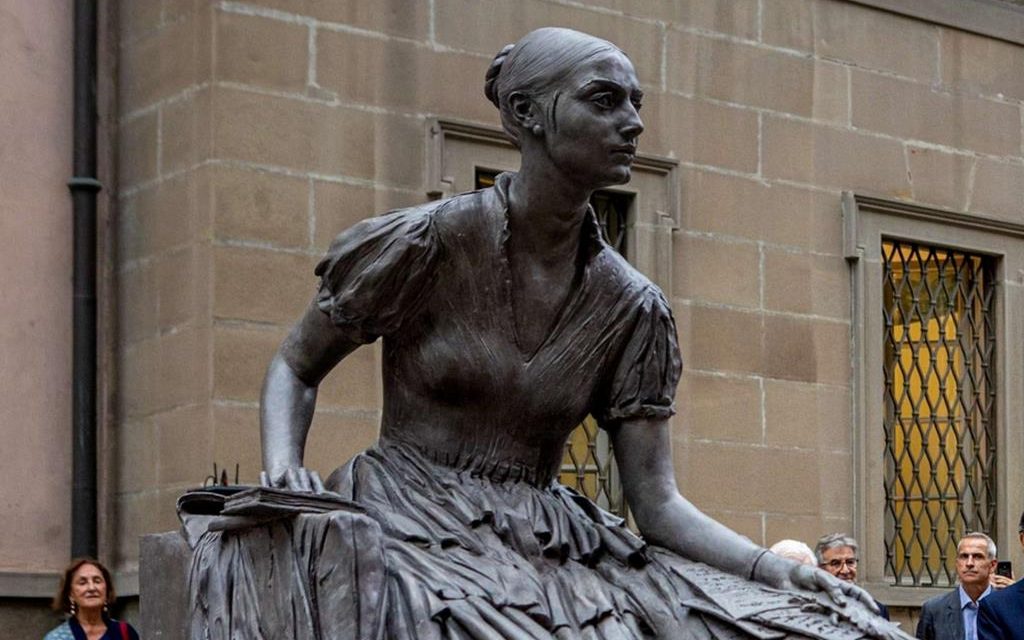 I’ve never been to Milan, Italy, but next time I’m in that country, I plan to visit this city that finally erected its first statue honoring a woman! Milan boasts 121 statues and only recently, dedicated on Sept 2021, installed one depicting a woman.

In any location on planet Earth, the crack in the bronze ceiling has to begin somewhere, and starting this fissure in Milan with Cristina Trivulzio di Belgiojoso is the most worthy place.

I discovered Principessa Cristina Trivulzio di Belgiojoso while reading about Margaret Fuller’s time in Italy. Fuller, initially in Europe for travel and work, was soon drawn into the Roman Revolution, the resurgence of the fight for Italy’s unification and its people’s liberation in 1848-1849. It was then that Fuller and Belgiojoso met.

Unsure of who Margaret Fuller is? Check out our many posts about her on this site:

A Spirit Still at Work: An Update on Margaret Fuller

Making Waves: One Creative Endeavor at a Time

Cristina Trivulzio was born 1808 in Milan to a wealthy, politically active family. Early on she took a stand against what she viewed as political tyranny, especially after it hit home with family being arrested for resistance to Austrian occupation. At the age of 16, Cristina married Prince Emilio Belgiojoso, becoming Principessa Cristina Trivulzio di Belgiojoso. Reportedly their relationship fizzled soon after, but they remained married in the books and in agreement over Italy’s struggle for independence, as well as their mutual support and connection with Giuseppe Mazzini, one of the great figures in the Italian Risorgimento. 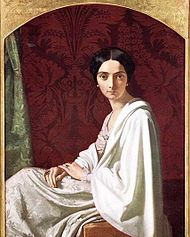 In 1833, Cristina Belgiojoso, now involved in the Carboneri (underground revolutionary societies), was forced to flee Italy after being tried for treason and subsequently released. She moved to Paris and like other Italian exiles at the time, continued her advocacy from abroad. Belgiojoso hosted well-attended cultural salons in Paris and in addition to being a vocal activist, did a lot of writing. Tuned into the power of the press, she established several journals, “Rivista italiana, Il Crociato, and Gazette italiana”(Basch). Being a person of notoriety, she was able to make things happen and she determined to use her wealth and power to aid her people and the movement.

Yet, even at times when Belgiojoso’s estates and money were confiscated, she continued to do all she could to support and spread the word of Italy’s plight. Knowing people in the right places, she was eventually able to access her wealth and land and continue to use them for the cause.

During the political upheaval in 1848, Belgiojoso was able to return to Italy where she “recruited and financed her own regiment of men and traveled with them to support the Milanese against the Austrians”(NE archives). Unfortunately, the Milanese stand against Austrian rule was brief, and from there, after a brief return to Paris, she arrived in Rome where the action continued.

In Rome in January of 1849, Belgiojoso again met up with Margaret Fuller. Belgiojoso was charged with organizing the hospitals for the wounded and requested Fuller to oversee one of them. In their meeting the previous year, Belgiojoso and Fuller had established a relationship of mutual respect and admiration, both being passionaria: female fighters and activists on the progressive side, as well as journalists, writers, and mothers. The women shared values and ambitions: the fight for ubiquitous freedom and the rights and education of women.

When the Roman Revolution failed in 1849, due in part to France’s unexpected betrayal, Belgiojoso along with her daughter Maria, were forced to leave Italy again, this time traveling to the Middle East, the Orient. After extensive travel, Belgiojoso set up a farm with other exiles in Ankara, Turkey where she immersed herself in the lifestyle and continued to write, publishing two books in French.

Belgiojoso was allowed to return to her estate outside of Milan in 1856 where she continued to write, publishing Of Women’s Condition and of Their Future in 1866, along with other works. She also continued her involvement in Italy’s fight for independence, witnessing the initial unification of Italy in 1861. She passed in 1871 at age 63.

Of course, there is much more to Belgiosojo’s person, life story, and contributions, as well as Italy’s long struggle for independence. Belgiosojo was amazing: “a brave woman, who was not afraid of any kind of obstacles”(Ledimore).

The statue was installed in Milan on July 5, 2021, the 150th anniversary of Belgiojoso’s death. According to the Le Dimore del Quartetto, a cultural publication:

“Women have always actively participated in the economic, political, social, scientific and artistic development of the country, yet it is extremely rare to find traces of recognition of this work in our cities.

Starting from this consideration, the idea of dedicating a Statue to Cristina Trivulzio di Belgiojoso was born: a personality with a thousand faces – patriot, journalist, publisher, entrepreneur, traveler – throughout her life she challenged conventions, exercising her freedom in a world that recognized these virtues only to men.”

The statue depicts Belgiojoso seated on a sofa confidently and comfortably hosting a salon, and the back of the statue depicts her perched on a block which, according to sculptor Guiseppe Bergomi, symbolizes her characteristics of “rationality and of reason.”

The figure is leaning forward as though she is about to rise up, symbolic of how she lived her life. A book rests under her right hand and in the other hand are writing paper and a quill pen.

On the back of the statue is this quote:

“May the happy and honored women of future times turn their thoughts bit by bit to the sorrows and humiliations of the women who preceded them in life, and recall with some gratitude the names of those who opened and prepared for them the way to the never before enjoyed, perhaps barely dreamed of happiness!” – Cristina Trivulzio di Belgiojoso, 1866

In an article on the Libraries of the Middle East website, Sophie Basch, professor of French literature at the University of Paris-Sorbonne, says this of Belgiojoso’s writings while in Turkey:

“Thanks to her twofold quality of resident and woman, she gained access to interiors and households, where she gathered the confidences and observations that can be found in her narratives, which have no equivalent in Romantic literature. However, her name is rarely mentioned in literary history. The political world showed her the same ingratitude. Cristina Belgiojoso died in 1871, ten years after the unification of Italy: none of the members of the government, which owed its existence to her struggles, attended her funeral.”

Outrageously overdue, Belgiojoso is finally being recognized with this statue in Milan, and may this break in the bronze ceiling spread and widen throughout the world.

As it says on the Ledimore site, beneath an image of the statue:

“More than a commemoration, a starting point.” 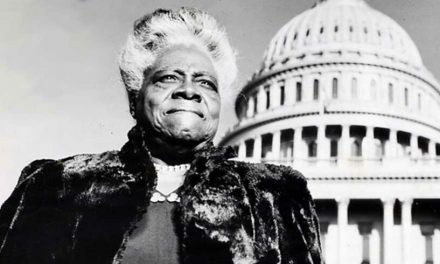 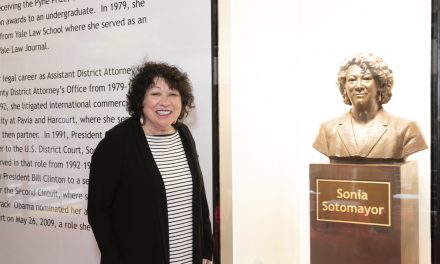